Why I’m Excited to Work with LCI 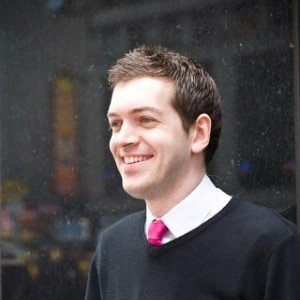 By: Greg Bortkiewicz
I recently joined Landis Communications and am thrilled to become a part of the team. After a brief stint working for a digital marketing agency in North Carolina, I’m equally as excited to settle in somewhere for the long term. The San Francisco Bay Area is already the third place I’ve called home, having moved to the U.S. from England in December 2013 and spending time in New York City, as well.
One of the many things that made LCI stand out for me was the amount of work the company does with non-profits and the level of community involvement – both from the company as well as its employees. Volunteering has been a long-time passion of mine, from working with soccer programs at homeless shelters to leading PR efforts for environmental and conservation groups. I’d like to share a story about one of my greatest personal achievements, which also happened to be as part of a voluntary project – climbing Mount Kilimanjaro in Tanzania.
In 2011, I was introduced to the Childreach International charity which works with several countries around the world to improve children’s health, education and human rights issues. I was excited to take advantage of the opportunity to raise £2,500 (nearly $4,000) which would go toward improving schools in Tanzania. In return, we were invited to not only visit one of the schools in Tanzania that our money would support, but to also climb Kilimanjaro, the highest free-standing mountain in the world at 5,895 meters (nearly 20,000 feet)!
Following a variety of fundraising efforts, including 1) hosting a pool (billiards) tournament, 2) contacting my former primary school to run a non-uniform day with the agreement I would give a presentation to the kids upon my return and 3) getting my legs waxed (!), I was part of a group of 20 who set off for Tanzania in the summer of 2012.
After spending a couple of days traveling, we finally arrived to our destination – a town near the base of Kilimanjaro. Before the climb began, we spent a day at one of the schools located along a dirt track through a forest. With all the excitement about the climb, I hadn’t given as much thought to the school visit, but it was every bit as memorable as the climb itself.
The opportunity to see exactly what the money we raised would support was simply amazing. We were welcomed upon arrival with traditional songs and dances, and we quickly introduced the children to the ‘Hokey Pokey’, which they loved.
The tour of the school and its facilities was eye-opening, from the hole-in-the-floor toilets to the one huge vat used to cook meals. We sat in on a couple of different classes and got to interact with the children – many of whom had never seen a digital camera before and were fascinated to see a picture as soon as it had been taken. During the lunch break, we joined them on the pitch for a chaotic game of soccer, featuring one ball and around 50 children on each team! The whole day was an experience I’ll never forget.
The next day, it was time to begin the climb (or hike, to be more realistic). We were driven to the starting camp, which at 1,800m high is already taller than anything in the UK. The plan was to take four and a half days to reach the summit and another one and a half to descend. After each day, we set up camp and spent the night huddled in our tents. Trekking up with our backpacks was strenuous enough, so it was incredible to see our guides breezing past us carrying all the tents, water, food, sleeping bags, tables, chairs and more. By the time we reached camp in the every evening, the guides would already have everything set up.
During those first four days, we experienced amazing views, learned the importance of sunscreen when you’re a few thousand meters closer to the sun and we formed a tight-knit group with everyone supporting each other. Then it was time for the final stretch. Having turned in at base camp around 7 p.m., we rose at midnight to hike through the night in order to reach the summit shortly after daybreak. Though it was tough, tiring and a real test of endurance, it was completely worth it. Reaching the summit released a surge of adrenaline, relief, pride and happiness all at the same time. We were standing at the top of Africa and it felt incredible.
You’ll recall that I said the plan was to take one and a half days to descend. Well, I instead took the ‘Kilimanjaro Express’ – the name for when a group of guides has to stretcher someone down the mountain. Due to the altitude, fatigue and lack of appetite, I passed out shortly after starting the descent. I didn’t just faint – I passed out mid-walk and went cartwheeling down the mountain! I cut my head open, knocking myself out in the process, and had a lot of cuts and scratches. Thankfully, however, that was the worst of it. It took three teams of six to stretcher me down as they took shifts, something I only vaguely recall as I was passed out for the majority of the ride. A night in the hospital and several stitches in my head was all I needed, and although I was pretty sore for a couple of weeks, I feel like I got through the experience relatively unscathed.
That accident did not take anything away from what was an amazing trip, and one which brings back so many great memories. Although the only mountains we might be climbing at LCI are metaphorical ones, I look forward to hearing about other people’s volunteering stories and joining them as we write new ones of our own.

6 thoughts on “Take Two Parts PR and Mix In One Part Mt. Kilimanjaro”