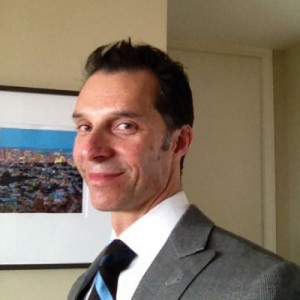 By James Mowdy
Founder b|spoke
Earlier this month, I received a Periscope notification from Finnair on my phone. Their new A350 jet had just landed in Helsinki, fresh from the Airbus facility in the south of France. (Finnair is the first European carrier to fly A350s.)
I quickly jumped onto Periscope to watch the A350 taxi towards the terminal. As photographers, videographers, Finnair staff and aviation fans cheered, captured and looked on, I took screenshots – which Periscope allowed me to share via Twitter. All told, it was 3-4 minutes of watching and, better yet, participating in a significant moment in the brand’s history. I might’ve caught this breaking aviation news later, or perhaps not at all. But because of Periscope, I watched, shared and am writing about it now. Periscope, with its ability to alert users of breaking news within app, as well as via Twitter and Facebook, resulted in measurable #A350Finnair interest as well as ongoing reach and storytelling impact, well beyond its October 7th arrival in Helsinki.
I recently collaborated with Santa Fe Opera. Periscope played a major role in two of the season’s biggest moments: Director Daniel Slater interviewing Al Pacino, and SFO’s live press conference announcing “The R(e)volution of Steve Jobs” opera. In each case, what began as Santa Fe Opera’s Live Periscope via Twitter became something infinitely more important.
Through Periscope, we really launched The Santa Fe Opera Channel. These broadcasts became living, breathing, Technicolor press releases, as well as breaking brand news reports. SFO leveraged social and traditional press, business and arts relationships ahead of time, and maximized Periscope and Twitter’s tagging, sharing and messaging capabilities. The results? Interesting arts happenings transformed into compelling Brand Moments with return.
Be prepared. These Periscope events were planned, but important brand news can happen at any time. Every Periscoper should have two things at the ready: a tripod and a smartphone mount. Unless there’s a really good reason for your Periscope session to be a hand-held, DIY shaky look around, nobody loves DIY shaky looks around – or worse, trying to hold a smartphone steady for longer than 5 minutes. The collective viewing experience trumps all, so engaging viewers in high-level brand experiences should be everyone’s number one goal.
Special not spammy. If Periscope sessions are well received and watched regularly by the masses, there might be a tendency to get really excited about them and therefore use regularly. Finnair and Santa Fe Opera chose their moments carefully because they were also unusual and interesting in real life. This made Periscoping these moments impactful, lending themselves to exclusive, rare and unique opportunities to experience something significant, in real-time. Bottom line: less might be more when figuring out your frequency sweet spot.
Conversion, Conversion, Conversion.  Captured Periscopes provide great conversion possibilities, but be sure to always review the limited analytics currently offered by Periscope, a listing of live viewers and replay viewers. Consider this your Nielsen ratings report. You had hundreds of viewers for your last Periscope, but it’s still on you to develop a loyal audience for your brand. Start by interacting with these viewers within the app in real-time, and go further by engaging viewers after the fact and over time via Twitter, too. Periscope brings viewers to the front yard, but it’s every operator’s responsibility to keep them there, hooked by high-level, exciting or meaningful experiences, as well as engaging in real-time and via social afterwards.
How have you used Periscope to engage with your audience? Leave a comment below or email James at [email protected]
The founder of b|spoke – a brand consultancy, James Mowdy works with B2B, B2C and non-profit clients to drive strategic marketing success with return, through tailored brand storytelling, integrated social media strategy, digital content and real-world engagement. James originally posted this blog on LinkedIn.

5 thoughts on “Periscope: Your Best Bet for Breaking Brand News”