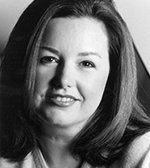 By Brianne Miller, Senior Counselor
In the communications field, you never know where inspiration will strike. Sometimes you’re just sitting at home, watching Property Brothers and lamenting the general disheveled mess that is your living room when lightning strikes.
LCI client Native Trails makes gorgeous, eco-chic bath and kitchen furniture – and the aesthetic is perfect for HGTV’s Property Brothers show starring Jonathan and Drew Scott. What’s a marketer to do? Well, pick up the phone and fire off some emails, that’s what. The staff at the brothers’ production partners, Cineflix, agreed that this was a match made in heaven and a marketing partnership was born.
In its sixth season, Property Brothers featured Native Trails’ hand-hammered copper range hood, beautiful carrara marble vanity, sleek Divinity mirror, and a few copper sinks even showed up on the special series “Property Brothers At Home on The Ranch.” As part of the exchange, Native Trails was featured on product resource guides and the brothers’ social media channels. And, of course, we had great video and stills to use in promotion.
With the brothers on their book tour (at the Jewish Community Center) in San Francisco, the LCI team decided to stop by and thank them for their support of Native Trails. Check out the full interview of the brothers at the Jewish Community Center.
The partnership continues with Property Brothers being the first media outlet to feature the new Native Trails’ Trestle Table for its next season. We’re also extending the broadcast reach with other HGTV shows so, as they say in television, stay tuned!
Which television star, or stars, would you most like to work with? Leave a comment below or tweet us @LandisComm.