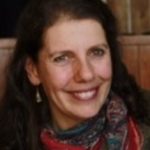 Meet the Media – Carolyn Said, Business Reporter at San Francisco Chronicle
What’s your top story for today?
Analyzing why Uber and Lyft pulled out of Austin, Texas, over regulations requiring drivers to submit to fingerprint background checks. It’s part of their long game, a political strategy that generally has resulted in regulators backing down.
Tell us about your dream assignment.
Anything where I can go behind the scenes to witness how people live, work, play – especially when it has larger resonance, whether economic or social.
Describe the wackiest – or strangest – story you’ve written.
The Airbnb squatters! Two brothers, who rented a woman’s Palm Springs condo for 30 days via Airbnb, then cancelled their credit card and refused to leave. Under California law, they had some tenancy rights. Strange twists kept emerging, such as an alleged Kickstarter scam. The story went viral with major media attention ranging from network news to Jimmy Fallon’s monologue – and just this month (almost two years later) an Airbnb squatter became a plot twist on HBO’s “Silicon Valley.”
What is your PR pet peeve?
Folks who call and say, “Did you get my email?”
Top trend in the industry you’re currently covering or in which you are interested.
The rise of the “gig economy” has spawned many more workers who lack the basic social-safety nets of regular employment. The country is wrestling with how to support these workers while not hurting the platforms that help them make money.
Tell us a little about yourself that others may not know.
I type 120 wpm; I can transcribe most of my interviews in real time.
Questions or comments for Carolyn? Leave a comment below or tweet Carolyn @CSaid.