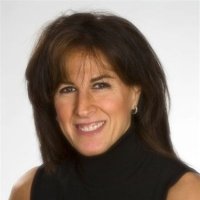 Meet Energi PR, LCI’s PRGN partner based in Montreal and Toronto, Canada
By Esther Buchsbaum, President & Co-founder of Energi PR
In a few sentences, please tell us about your firm, your role and what makes your agency unique.
Energi PR is an independent, full-service PR and digital communications firm with offices in Toronto and Montreal.  We are national in reach and work seamlessly in both of Canada’s official languages. We’ve been in business for 25 years and service clients in the health and wellness, pharma, corporate and consumer sectors.
What is the market for PR like in your cities?
We work in an increasingly competitive environment, as is the case in most major markets. Given the state of the economy, we often find that not only are we competing against similarly sized firms, but we’re up against multinationals, independents, journalists who are now trying to morph into PR consultants – and then the standard pack of management consultants and advertising and digital firms.
What was one of the best/most creative PR ideas you heard about this week?
In Canada, we’re in the midst of a national campaign and the run for Prime Minister. The incumbent is the Conservative leader, Steven Harper. The Liberal candidate is Justin Trudeau, whose father was the former PM, Pierre Elliot Trudeau. The Conservatives’ campaign/communications strategy vis a vis their Liberal opponent is a very clever one, in my opinion. They have taken a “high road” approach and have opted not to attack Trudeau, but rather acknowledge his political heritage and his potential. Their campaign tag, “maybe one day…but he’s not ready now” has highlighted the fact that Trudeau is still young and relatively inexperienced…and therefore not quite ready to assume the position.
Tell us about an upcoming PR campaign that excites you.
We’re currently working on phase two of a campaign called “Made in Italy” which is sponsored by the Italian government and the Italian Trade Commission. The campaign educates and informs Canadians on the differences between produce that is authentically Italian and those that either claim to be, or are Italian-sounding, but that are actually “fake” or counterfeit. The Italian government loses billions of dollars annually as a result of the sale of these counterfeit products and has therefore launched a global campaign to educate consumers on the differences. We are the PR partner in a team of five agencies to include advertising, digital, research and media buying. Phase one was highly successful and we’re excited about entering the next phase.
What is one of your most memorable PR campaigns?
One of the most memorable and most rewarding was the ADT Canada “Domestic Violence Emergency Response System” (DVERS). This CSR initiative, which was designed to generate awareness of the issue of domestic violence, helped protect women and children considered to be in extremely high risk domestic violence situations. We had the opportunity to negotiate and execute strategic partnerships with law enforcement and government officials at all levels. We worked closely with women’s groups, shelters, survivors of domestic abuse and experts on issues including social workers, legal counsel and medical stakeholders. The program made a difference and actually saved lives. We were proud to be part of its success.
Questions or comments for Esther? Leave a comment below or email her at [email protected].