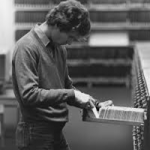 By Sean Dowdall, General Manager and CMO
While watching the many debates during this very long presidential campaign, I have been reflecting on my time as a member of my high school’s debate team.  I grew up on the Flathead Indian Reservation in Montana and attended Polson High School.  This small town seemed very far removed from the rest of the world, or at least where things were happening in America.  You know what I mean  – New York, Washington DC and where is now my home, San Francisco. But now, thinking back, I am so grateful for the quality of the education I received, particularly about the discipline and practice of debate.

Similar to other forms of communication, debate has a purpose and there are effective techniques to convey what you think and convince others to think the same way.  Here are three lessons I learned:
1. Research the facts and claims – back then (the disco to New Wave era) we didn’t have computers.  We gathered our facts by spending hours in the library sifting through periodicals.  There were also services that you could buy information from about specific topics.  We kept all of our data on little note cards in metal carrying trays – lugging them around the state of Montana to compete against other high school debate teams.  One thing you had to be prepared for were claims that others could make that were not fact based.  Still compelling because the sound bites sounded reasonable, but I dug into my metal tray to stamp out many a false claim.

2. Repeat you key points – people remember when you make it easier for them to do so.  A technique that works well in debate is to make your statement, tell people that you have two or three reasons why they should believe it and then sum it up.  It’s just like PR and marketing communications.  I remember so many times I’d hold up my fingers with the number of facts, and then count those facts down with my fingers.  I could see where that was annoying sometimes, but it always scored points with the judges because they knew we should be using that type of technique.
3. Call to action – this best practice seems to be forgotten so many times or not used nearly enough.  When debating, you should always be asking yourself “so what, what do I want people to do about this?”.  It helps to start off by saying what you want people to think/do, then transition to why and then ask them again to wrap it up.
The last thing to always do is  express gratitude to your audience for listening and considering your positions.  Saying thanks is not debatable – it’s smart and gracious.  Thinking back to so many Saturday’s where I’d be at the high school doing research, making note cards and practicing, I want to thank Mrs. Strom and Mr. Swan for being right there coaching my teammates and me.
What have the presidential candidates done well (or not so well) in the debates? Leave a comment below or email me at [email protected].

6 thoughts on “It's Debatable”

Signup to get our blog delivered right to your inbox