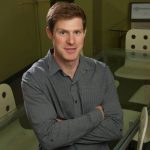 By: Nick Singer, Account Coordinator
AMA, which stands for “Ask Me Anything”, is a term used to describe interviewing people on Reddit. Here is snap shot of what it looks like from Anthony Bourdain’s AMA:

You can find AMA’s under the /r/IAmA/ subreddit (a category or community with Reddit), which currently has over 10 million subscribers. If you dig through past AMA’s, you’ll find that they range from musicians and movie stars promoting their upcoming film or tour, to Nobel Laureates talking about their work, to charities explaining what they do – the range of people who take part is amazing.
On the sidebar of the subreddit you can submit an AMA or request an AMA, which goes through an approval process with the Reddit team.
Big whoop…what’s so special about this:

A Reddit AMA is a great way to build a personal and brand connection without being “corporate”. AMA’s are the antithesis of traditional advertising or promotion, in that the audience is asking the questions and that these questions might not be about the promotion at all.
Reddit users tend to ask questions that are more particular and relate to Reddit culture as a whole, rather than the actual thing the person is there to promote. This gives the person being questioned an opportunity to reveal who they are as people rather than the job that may define them. Thus, giving them a brand identity beyond what they can do with other media forms.
Reddit and PR – do they mix?
As PR professionals we should always know the media environment we are heading into. An AMA needs to have preparation just as a television interview needs preparation. Here’s a look what happens when a celebrity’s ‘Ask me Anything’ goes wrong – in particular, Woody Harrelson’s AMA has gone down in Reddit folklore.

On the flipside, here are 15 fascinating Reddit AMA’s that caught Reddit user’s attention and really dove deep into the person at the helm of the AMA, all while promoting their event/charity. A PR professionals dream come true! So to answer the question of whether Reddit and PR mix, the answer is sometimes.

When using Reddit for PR you have to think carefully about who you chose to do the AMA, what you are promoting and if Reddit is the right environment for that. Reddit is a huge online community and has its intricacies and inside jokes, which took me a while to understand and pick up on.
When I first found Reddit I didn’t even create an account because I had to work out what was going on – it takes time to fully understand and engage Reddit and its users. Just to understand subreddits and how to navigate the whole spectrum takes a solid month or two. All in all, I would say it’s worth the time to understand this website, if not for AMA’s and its PR capabilities, at least for your own personal hobbies and interests.
Have you tried using Reddit for PR? Leave a comment below or tweet me @nicksinger91.

4 thoughts on “AMA: How to use Reddit for PR”