Though it’s sometimes difficult to determine the difference between advertising and public relations, Zach Parker with our PRGN partner in Arkansas, Ghidotti Communications, explains why the latter is better than the former. Click here to read his original post or keep reading below and feel free to leave a comment or question for us at the end.

Why PR is Better Than Advertising

Since public relations and advertising both work toward accomplishing the same goals for a business or organization, it can be difficult to determine the difference between the two and which is more effective. At their core, advertising and PR are tools that brands use to reach their target audience and promote their product or service. The most basic difference between the two is that advertising spots are paid for, while public relations placements are earned through media pitches and press releases. With money on the line, marketers feel immense pressure to decide where they should focus their efforts and with all due respect to Don Draper, PR is better than advertising. 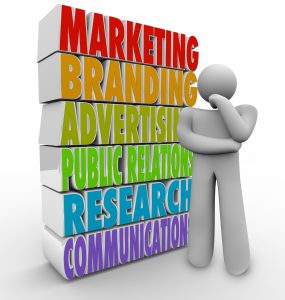 One of the most pressing downsides of advertising is the lack of authenticity. Consumers know that image, video or message was bought, and unless it’s something compelling like a Super Bowl commercial, they are unlikely to give it their full attention. Think of the last time you were watching a YouTube video or your favorite Hulu series. Do you remember the ad that played before it started or did you skip at the earliest opportunity?

Public relations, on the other hand, provides third-party credibility in the form of a journalist, blogger or influencer. A company or organization pitches an idea, but the story itself is told by someone else. Just as you did for the advertisement, now think of the last article you read or news story you heard. Chances are it’s much easier to remember specific details since the information came from a reliable source rather than straight from a business. That’s the power of PR in action.

Instead of a commercial, let’s say one of the firm’s attorneys scores an interview with a business publication about a recent case. While the message is out of the firm’s hands, that article could then be picked up by another publication, shared on social media or used in a media pitch to secure another interview. Now, instead of just one ad that was over and done with in less than a minute, the firm has generated far more exposure and reach through its PR practices.

In what other ways is PR better than advertising? Leave us a comment below and tell us why!

9 thoughts on “Why PR is Better Than Advertising”