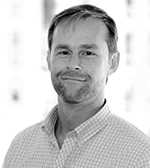 I just returned from a weeklong trip to New York, more than four years after my last visit. Being the urban aficionado that I am, I didn’t mean to stay away for so long – life just took hold and I ended up visiting several new places instead of hitting up those “been there, done that” locales.

During my visit, I noticed the evolution of both “life” and of the communications industry that’s taken hold in both San Francisco and New York. Here are a few takeaways from my observations:

One person was curious to know what all the hubbub was about regarding the multitude of luxury, double-decker buses operated by myriad tech companies and roam our streets for hours upon end every day and night. (According to a report from the Metropolitan Transportation Commission, there are so many of the large, privately owned shuttles operating in the Bay Area that if they all fell under a single agency, they would be the seventh-largest transportation provider in the region in terms of ridership.) 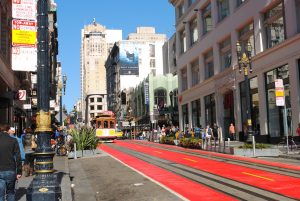 Another person asked how press in the Bay Area covered tech-related companies, as opposed to the national perspective they’re typically exposed to. The headquarters (and/or at least a large subset of offices) for several of the heavy hitters including Uber, Twitter, Google and others are within a 2 to 3-mile radius of our offices. Therefore, local press outlets report the news that makes national and international headlines – but they also cover how these companies are impacting daily life for Bay Area residents. From the above-mentioned shuttle buses to the occasional protests that wreak havoc on our already overcrowded streets, there’s never a dull moment when living in the shadows of the tech behemoths.

What differences and similarities do you experience between the coasts? Please share your thoughts below or feel free to contact me directly at [email protected].

7 thoughts on “West vs. East: Differences between PR – and life – on the Coasts”