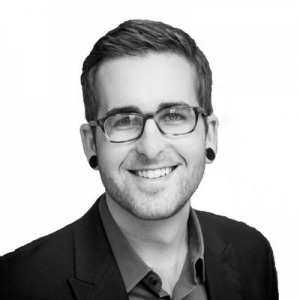 Todd Johnson, visual journalist at the San Francisco Business Times, gives us an insight into his work as a photojournalist, some PR tips and the future of photography.

What’s your top story for today?
My days are usually spent shooting assignments that could be published that same day, for the weekly print paper or for a special section that could publish later in the month, so my top stories vary greatly. Today for example, I photographed the Warriors championship parade in Oakland, but last night I photographed our ‘Most Influential Women in Bay Area Business’ awards event. Tomorrow I’m shooting assignments for our San Francisco Structures publication, which is all about commercial real estate. The variety really keeps me from getting bored!

Tell us about your dream photo assignment.
My dream assignments are usually ones where I get access to people or places that people generally don’t get access to. At the Business Times, we get the opportunity to talk to and photograph the region’s leading business players. Meeting CEOs of some of the country’s biggest and most respected companies is pretty special. At the same time, meeting entrepreneurs that are innovating at their companies, but might not be well known, is also satisfying. It’s fun to be able to think, “I knew them when.”

What picture are you most proud of and tell us why?
One that I’m particularly proud of I took recently for our Business of Pride publication. It’s a photo of Clair Farley, the director of economic development at the San Francisco LGBT Center. She was recognized as one of our OUTstanding Voices this year for her work on increasing economic opportunity for LGBTQ people. She’s a trans writer and activist that was willing to share her story about the discrimination she’s faced in the job market. I think it’s a simple but pretty powerful portrait (I also think it works really well with the page design, by our Creative Director Michael Grant). 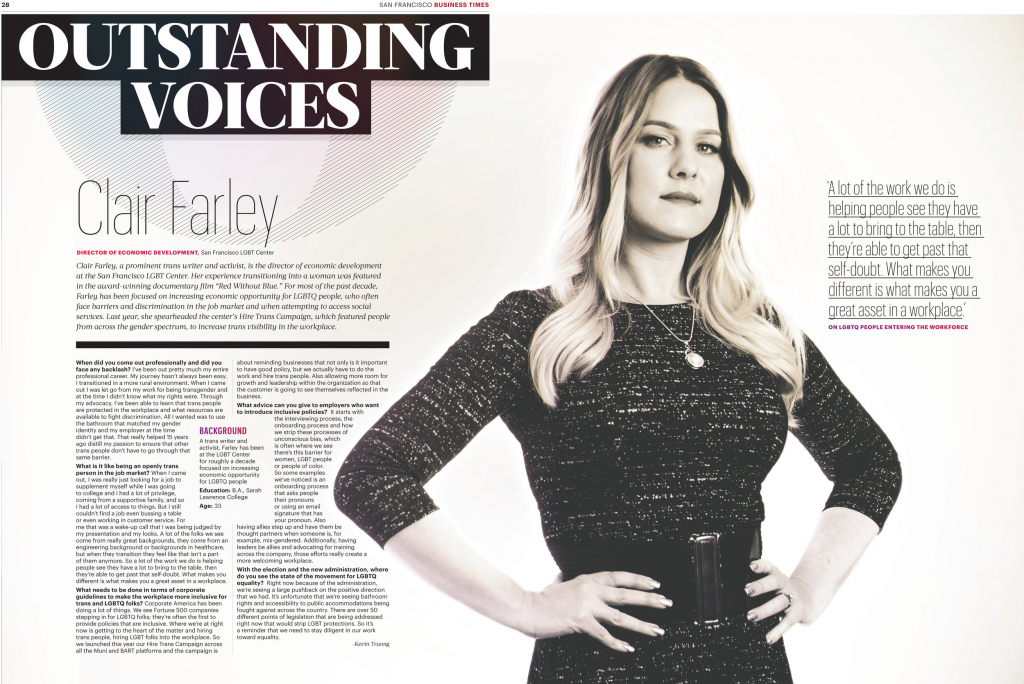 Just last month I found out I won first place feature photo in our division from the California Newspaper Publishers Association for a photo I took of the founders of Infoscout, which was recognized as the fastest growing company in the Bay Area. That was pretty cool.

What’s the wackiest photo you’ve ever taken and why?
The Infoscout photo mentioned above might be the wackiest.

Do you have a PR pet peeve? If so, what is it?
Oftentimes a shoot will be scheduled to take place in a conference room, which can be a great location to set up lighting equipment, but it is usually the least photogenic place in an office. When PR representatives urge the photographer to do the shoot there, or a similarly unappealing location, it can produce a poor result.

What one thing should PR pros know to help you get a great shot?
Offering a little bit of time before the shoot for location scouting is always appreciated.  Also, budgeting 30 minutes for the shoot and letting the client know that it might take that long to get a good photo usually produces better images. When the photographer and people being photographed are feeling rushed, it usually comes across in the photo, which doesn’t make anyone look good.

Tell us a little about yourself.
I’m a fifth generation Californian that has bounced back and forth between here and LA a few times since high school. I have worked at newspapers, an online non-profit youth media organization and a radio station, which has given me an appreciation for every medium. I’m really interested in drone photography and 360-degree video, which I have been playing with here at the Business Times. I like thinking about new ways to tell stories visually.