CES – formerly known as the Consumer Electronics Show – seems to have become somewhat of an auto show in recent years, as automakers and top automotive suppliers have jumped on the tech bandwagon to show off their most forward-thinking concepts. 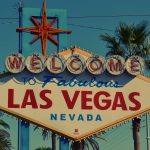 Numerous top-tier automotive Original Equipment Manufacturers (OEM) suppliers – from Bosch to ZF, from Delphi to Visteon, and from Continental to Magna – flock to participate in the CES in Las Vegas in early January. Several PR and marketing directors we’ve talked with recently have expressed curiosity about CES – and what the pros and cons of exhibiting there are.

They wonder if it’s the place to be, or if it’s become a victim of its own success; and if it’s worth the expense, not to mention the physical and mental toll it takes on a supplier’s staff, just prior to another major industry event, the North American International Auto Show (NAIAS) in Detroit.

Based on our experience in supporting clients at what is the largest trade show of its kind in the world, here are some of the considerations that can help an auto supplier to make an informed decision.

We are not against auto suppliers exhibiting at CES. In fact, we recommend that they participate at CES if they are there for sound business reasons, understand the situation and have realistic expectations for results. In fact, when a supplier client participates in CES, our agency benefits from the extra work. CES can be valuable and beneficial for an automotive supplier, but it’s not going to be for every supplier.

One reason automotive suppliers exhibit at CES is to position their company as a high-tech player, rather than a “traditional, old-school” auto supplier, and to send that message to investors to enhance stock valuations.

Navigant analyst Sam Abuelsamid was quoted recently in Automotive News as saying companies that create a high-tech aura enjoy stratospheric stock valuations compared with traditional automotive companies, so many suppliers participate in CES to send a message to investors. “The financial markets like technology companies a lot more than old-line automotive companies. By creating a perception of themselves as tech companies, they can enhance their value.”

It’s a valid and important point, but exhibiting at a “tech” show doesn’t necessarily get you noticed, let alone classified as a tech company. Just ask the 500+ “automotive technology” and 2,000+ Chinese gadget and widget companies who exhibited at CES this year.

Another reason for an auto supplier to exhibit at CES is to leverage the huge attendance to boost awareness and recognition with its customers and prospects in the tech space.

In 2017, CES reported 177,393 attendees – making it the largest B2B trade show in the world. And if your company is an automaker that sells to consumers, many of those attendees are also potential customers of yours.

But, if you’re an automotive supplier that sells to automakers (or other suppliers), your potential customer audience is much smaller. CES says only 32,949 attendees (18.6 percent of the total) represent “buying” organizations. Given the universal breadth of products pitched at CES, just how many of those 32,949 are in your automotive OEM customer or prospect base?

Honestly, to be successful in North America, most auto OEM suppliers have a primary target customer audience of only 150-200 executives. The question a supplier must ask is: How many of those attend CES? 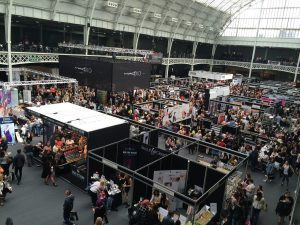 Considering the sheer size of the show (2.5 million square feet), the massive crowds and the competition among 4,300 other exhibitors, a supplier must wonder: What’s the likelihood that any of our prospects who do attend CES will spend time with me at my exhibit?

Some auto suppliers say they exhibit at CES to make key connections in the tech industry, in hopes of connecting with high-tech software, AI or sensor start-ups who they can partner with, and to meet software or tech experts they can recruit to their companies.

In the frenzy to gear up to supply the next generation of autonomous cars and connected vehicles, big auto suppliers are competing intensely for tech start-up partners and for tech talent. But is trying to reach this audience at this show, where there is so much competition for attention and so much noise, the most effective way to reach partners? That’s up to the individual supplier to decide.

Yet another reason auto suppliers use for exhibiting at CES is that all their main competitors are there and they would be conspicuous by their absence. For some suppliers, following the herd seems to be the strategy they choose. But for other suppliers, blazing their own paths and differentiating their companies by doing something different at a different time and a different place, where they can stand out, yields better results.

Finally, tradition may be another reason that some auto suppliers exhibit at CES. “We did it last year and we got good attention, so let’s do it again this year. You can’t argue with success.” If your company was successful at CES last year, there seems to be little reason to change.

Visteon is reported to have exhibited at CES for 18 years, and as one of the earliest automotive supplier exhibitors there, has received some terrific attention over the years. Recently, many more auto suppliers have jumped on the CES bandwagon to try to replicate that success. In fact, in 2017, there were 521 exhibitors who were showing vehicle technologies. It has now become even more difficult for an auto supplier to rise above the noise at CES.

Ultimately, whatever your reason(s), the biggest consideration an auto supplier should make in a “go/no-go” decision on CES revolves around return on investment.

Our friends in the exhibit business tell us that it would not be unusual for an auto supplier to spend $500,000 to $1 million to mount a respectable CES presence. For most suppliers, that’s a lot of money that potentially could be spent in other ways.

So, it is up to each auto supplier to make an informed decision about CES based on its true ROI, given their own unique situation, strategy and expectations.

Have you worked with clients to showcase a product at CES or another big trade show, and was it a worthwhile experience? Let us know in the comments below or by tweeting @LandisComm.

This blog was originally posted on the Bianchi PR site – see it here.

5 thoughts on “Should Auto Suppliers Exhibit at CES?”