A Public Relations Comparison Between SF and NYC 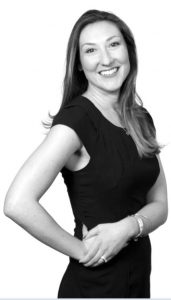 A couple years ago, life took me from the City by the Bay to The Big Apple. And after two years of being away, I had the opportunity to work from Landis Communications, Inc., the Public Relations Global Network (PRGN) partner in San Francisco where I used to work. I was thrilled to return to life as a San Franciscan for a few days.

Similar to my former LCI colleague, David Cumpston, who swapped days to work from the New York PRGN partner and my current company, CooperKatz & Company, I had a new perspective in comparing working and living on the East vs. West coasts.

To set the stage with the controlled variables, I actually work in a similar environment in New York as I did in San Francisco. Both companies are generalist PR agencies founded 20+ years ago that employ less than 35 people.

In both cities, I found myself representing clients from a range of sectors — technology, health, consumer products and nonprofits – though the labels of San Francisco as the “tech nerd” and New York being the “finance bro” ring true in my experience. While in San Francisco, I helped launch apps like a mobile health manager and a digital platform to help recruit Alzheimer’s patients into clinical trials. In New York, I represent a major financial services company driving the banking industry into an increasingly digital and mobile world.

While my clients changed when I moved, the core of what I do as a PR professional, building communications plans and media relations, remains the same. San Francisco has bureaus of all the major news outlets and nearly all of the technology-focused outlets are based there, but nothing compares to working in New York where most major national news outlets are headquartered. And I don’t miss pitching East Coast publications at 6 a.m. Pacific Time.

The reality is both San Francisco and New York attract the most innovative companies in the world and offer amazing opportunities to build a career in PR.

Life Beyond Work – SF vs. NYC

My first thought when moving from San Francisco to New York was, “Could I pick more expensive cities to live in?!” New York has always been known to have a high cost of living, but now San Francisco has gotten so expensive, some tech companies can’t convince employees to move there.

Both cities are tough to afford, but both expand your horizons when it comes to culture, cuisine and activities. If you’re looking for cultural diversity, music events or food festivals, San Francisco and New York are at the center of it all.

Though I’m partial, these two cities offer unparalleled opportunities to be a PR professional and experience city life. Whether it’s working for companies on the leading edge of the world’s digital transformation or living among the most diverse sets of people – it’s all happening in San Francisco and New York. If you must choose between the two – the answer is a decisive, resounding “Yes.”

Have you ever moved to a new city? Leave us a comment below to share your experience.