Are you ready to vroom? Our PRGN agency partner in Detroit, Bianchi Public Relations, recently caught up with Tanya Gazdik, MediaPost automotive editor and senior reporter. Among her other beats, Tanya also covers financial services, travel, pet brands and sports — in addition to writing about marketing and advertising by major companies.  Please click here to see the original post or simply scroll down for the informative Q&A. (special thanks to Bianchi Public Relations for allowing us to repost this piece.)

Describe the craziest or most fun story you have written.
I haven’t always been an automotive reporter. I worked for two years at The (Toledo) Blade where I was the animal welfare reporter. I got to cover the famous Westminster Dog Show in New York, which included meeting (and petting!) the Best of Show dog, Malachy, a Pekingese. My biggest story at The Blade was covering Margaret Thatcher’s funeral where I was one of the very few reporters allowed inside of the church during the service. On the auto beat, I got to hang out with Tiger Woods on a Buick TV commercial shoot down in Orlando. He was a very nice guy, this was way before the scandals.

What story or stories are you most proud of?
Even though I cover a pretty specific beat (automotive marketing) I still love to be the first to break stories and to get scoops. I was the first reporter to write about Nissan’s top marketer, Jeremy Tucker, leaving the automaker. It wasn’t quite Carlos Ghosn caliber, but it was a big deal in marketing. Three of my top 10 most-read stories last year focused on CMO shifts. Former Mazda exec Russell Wager’s arrival at Kia came in at number five — “Kia Gets New Marketing Chief ” — while the self-explanatory “Hyundai CMO Dean Evans Resigns” and “Jeremy Tucker Out At Nissan North America” came in at numbers six and 10 respectively.

I did a heavily researched story when I was at The Blade about how so many dogs are mislabeled as “pit bulls” by the dog pound. It won an award from the Cleveland Press Club.

What elements or characteristics do you look for in a story?
I am always on the lookout for what makes a story unique. If it’s a sponsorship the automaker has done previously, what is new this year. I also look for timeliness. I like to write about new campaigns before they break so that the info is still fresh.

How long have you been in journalism and how did you get started?
I knew in third grade that I wanted to be a journalist. I was praised for a report I did on dogs which I researched and wrote without plagiarizing (which apparently all of my classmates were guilty of.) My first paid story was during my freshman year at Michigan State when I was hired by The State News, the independent student newspaper. I worked there all four years, rising up the ranks, and now I am president of the board of directors for the non-profit corporation that runs the paper.

Finish this sentence: If I am not reporting, I am …
Working on behalf of one of the boards I serve on or doing something animal rescue related. I’m also on the board of directors of the Journalism and Women Symposium, a national non-profit that supports women in journalism. As for animal rescue, I volunteer at the Michigan Humane Society. I help “style” the adoptable animals for Petfinder photos. I also foster newborn kittens, cats and small dogs. I also help transport rescue dogs across the border. They come from high-kill shelters in Ohio and Kentucky and end up with rescue groups all over Ontario. I’m also a big fan of architecture, particularly Frank Lloyd Wright. 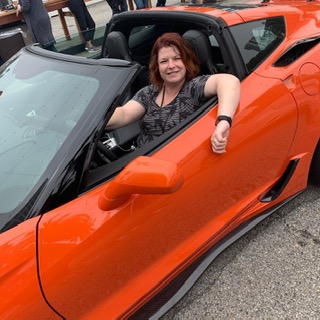 What advice do you have for PR people that want to pitch you?
Please familiarize yourself with my company (MediaPost.com) and my publication (https://www.mediapost.com/publications/marketing-daily/) before blind-sending me everything you’re working on. You’ll save us both a lot of time if you know what my website is all about and what I actually cover.

Any pet peeves with PR people?
I’m one of the few journalists I know who will actually write a quick “no thank you” email when I get pitched or I’ll refer the pitch to another MediaPost reporter for who it might be a better fit. But if I tell you “no thanks” and you continue to pitch me on that story, I get irritated.

Tell us a little about yourself.
I have lived most of my life in the Detroit area except for internships at publications in Grand Rapids, Cleveland and Washington, DC. My father was a blue collar worker at General Motors. He instilled a deep appreciation for the auto industry and for cars, too. He gave me two cars over the years, including my very first vehicle, which was a 1984 Pontiac Firebird, complete with an old-school radar detector. I guess my dad was a realist and knew I might have the same lead foot he had.