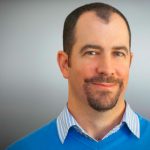 The SF-Marin Food Bank is preparing for its annual “One Big Table” fundraiser. It’s a fabulous event that has raised more than $3 million in the past several years, including more than $1 million last year alone. This year, we’re doing a push to get some press coverage. As a recent hire with a lot of connections from my years of working in the news media, I’ve been honing the Food Bank’s media list. A press release went out last week, with some follow up phone calls to come this week. In addition, I’ve been using my skills learned at KCBS Radio to craft a special audio presentation that will be played at the gala.

Tell us about your dream PR gig.

I’m new to the PR world…moving over in August after nearly 20 years at KCBS Radio as a reporter, anchor, editor and producer. I’d like to say that I just found my dream PR gig. I love my new job at the Food Bank. With that said, I guess it would be sort of awesome to work for my all-time favorite sports team, the SF Giants. (I can still remember my first game in ’72, sitting out in the bleachers with my dad, watching Dave Kingman launch a majestic home run!)

What is your media pet peeve?

Oh boy, this is about to get complicated. How about I start from the media side first. One of my biggest pet peeves in my old newsroom was to receive a pitch via email/or phone call, decide that it was something that I wanted to cover that day, only to find out the expert quoted in the pitch was not available until next week. The media, as we all know by now, can be an insatiable beast, in need of content all the time. Their deadlines are usually measured in hours…not days. So when a pitch about a hot new study on asthma wound up in my inbox, I would naturally want to put the expert on the radio that afternoon. Being told that the expert is on vacation, or otherwise un-reachable was a pain. Why send the release if you can’t deliver that very day?

Now that I live on the other side of the fence, I see how something like that can happen. Deadlines are measured in days and weeks. As the liaison between the Food Bank and the media, I’m trying to make sure whatever I’m pitching is something that an outlet can cover that day, or in a week and a half.

What’s a top industry trend you’re currently following or are interested in?

I’m interested in finding the best way to deliver more video content to the Food Bank’s audience. I think we’re all hearing how video in marketing, and on social media, is king right now. But we all need to be smart about how we package that video. Coming from radio, I’m not a video expert yet, but I recognize that audiences prefer more video, and I want to deliver that from the Food Bank.

Tell us a little bit about yourself.

I was born and raised in Marin County by my parents, along with an older brother, a younger brother and a younger sister. I lead what I would describe as a typical middle-class life, complete with little league baseball games, and weekend sleepovers with friends. Eventually I grew up, and I’m now married, with daughters, living in the East Bay. We enjoy outdoor activities on weekends, including soccer games, park visits and winter skiing. I’m a sports fan and wish the San Francisco Giants were doing a little better right now! In my spare time, I’m most comfortable “shanking” golf shots and reading cheesy crime novels.