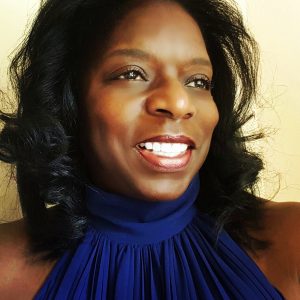 By Kelly E. Carter, Director of Communications at Alpha Omega Winery and former reporter for People Magazine and USA Today

What’s the top story you ever covered? (And for whom)?
I was part of the People magazine team that covered “Miracle on the Hudson” when Chesley “Sully” Sullenberger landed the US Airways plane on the Hudson River in January 2009 after the aircraft he was piloting hit a flock of geese. Of course, reporters were not able to interview any of the passengers or Sully at the time, but being at then-Mayor Michael Bloomberg’s press conference and hearing him talk about the “masterful job” Sully did in landing the plane and then making sure that no one was left behind was truly one of the most incredible experiences, because everyone realized what a tragic ending this could have been for everyone onboard.

Tell us about your dream assignment (journalism or PR – or better yet, both!)
I’ve been lucky to interview so many interesting people over the years, from President Bill Clinton to A-list celebrities to top sports figures to successful business leaders, including Jack and Suzy Welch, American Express CEO Ken Chenault, Sir Richard Branson and Vera Wang, to top chefs, including Thomas Keller, Charles Phan, Marcus Samuelsson and José Andres. I do wish I could interview the Obamas now that President Barack Obama is no longer in office. I don’t know if he would open up with me, but I like to think that I can get anyone to open up. Well, anyone except Robert DeNiro. In November 2015, I had an assignment to interview Bob in Doha, where he was opening the world’s largest Nobu restaurant. I had to spend five nights at the Four Seasons Doha (poor me!) during this press trip and happened to run into him in the lobby the night before our interview. He was very charming because he didn’t know I was a journalist. He wasn’t traveling with a publicist or any handlers. He’s a difficult interview, and that’s no secret. During the interview, his response to one of my questions was, “That’s personal. I can’t answer that.” I’m like, “Yeah, Bob. I know it’s personal. That’s why I asked it! Our readers want to know about you.” I tried every way I could to get him to open up, well, short of flirting with him, but to no avail. I did the best I could.

On the PR side, I’d like to host a press trip. I know it sounds so basic. But for someone who has been on so many of them – some good and some disastrous – I’d like that challenge of finding out if I can host a successful press trip. That means bringing together the right personalities, offering just the right amount of interesting activities and free time, creating luxurious experiences with our assets and partners, and, of course, having all of this result in wonderful press.

Describe the wackiest – or strangest – story you’ve written.
I can’t think of a wacky or strange story that I’ve written, but I have a wacky interview. When I was a sportswriter with USA Today, I decided to write a feature on the controversial and flamboyant Dennis Rodman. This was 1997, and he was still playing. Dennis didn’t do many one-on-one interviews, but he always talked to me because I was friends with his two sisters. We all went to the same high school in Dallas. I was only there my senior year in high school. Dennis had graduated. His sister Debra was in my grade, and we were good friends. To gain his trust when I was a sportswriter, I went to a strip club with him in Atlanta. That was crazy! I wasn’t writing anything, but I was developing a relationship with him. Later, when I wanted to interview him, he invited me to Las Vegas with him at the last minute. He was with the Chicago Bulls and in the midst of serving an 11-game suspension by the NBA for kicking a cameraman. During the 11-game stretch, 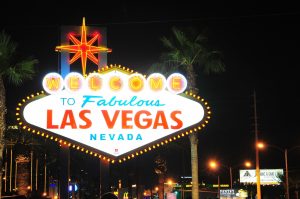 Dennis drank in Southern California and Las Vegas. Now, I had been drinking with him before. I know how much he can drink, but I can hold my own too. I can also party with the best of them, which always helped me as a reporter. In Vegas, Dennis wore me out. I could see he and his crew were going to be in the casino all night long. I eventually pooped out, and told Dennis I was going to bed. He partied until 11 a.m., but didn’t let that stop him from working out later that day. We met in the health club at Mirage Hotel & Casino after he pulled an all-nighter. He rode the stationary bike and answered my questions. I was amazed. He may have abused his body with liquor the night before, but the next day he was in the gym. And I got my interview where he told me, “I’m Jimi Hendrix, Jim Morrison and Janis Joplin all wrapped up into one.”

How difficult was it to make the transition from journalism to PR? Any advice?
I must admit that I was terrified about creating a current media list. As someone who repeatedly received (and still receives) press releases based on outdated information on me, I vowed to never become that publicist who sent press releases blindly. Of course, that meant taking an extraordinary amount of time to make sure the journalist was still writing about what I was pitching. I eventually admitted that I needed help. I sought advice from PR professionals on whether to go with Cision or Meltwater. Then I heard about TrendKite and checked out that company too. I was pretty hard on the sales people and told them to show me how they can do my job better than me. I have amazing relationships with journalists. They are my friends! They want me to succeed in my new career and are eager to write about my winery, for which I am incredibly grateful. But I can’t just rely on them, so I ended up going with Meltwater. I’ve only sent out one mass press release though, and it paid off big time because the press release involved our new microgrid solar system. I have no contacts in the solar world, so I needed a company like Meltwater.

My advice to PR pros is to continue building your relationship with journalists. Don’t talk like you’re drinking the juice of whatever company you represent. It’s such a turnoff. Admit when things can be better while still playing up the positives. Honesty goes a long way. I’m coming up on my one-year anniversary at Alpha Omega. I’ve learned an incredible amount about the company, the wine industry and Napa Valley. I think our wines are amazing! But I don’t sing the praises of each of our wines. I admit that our Unoaked Chardonnay is not my favorite and that our Rosé is not for my palate while boasting about the ones that I love the most.

Top trend in your industry 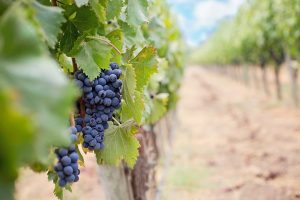 Elevated experiences in Wine Country are all the rage, but I think that is everywhere. The challenge is offering them within what your county permit allows. The rules here are pretty strict. The public may wonder how come more wineries don’t offer food and wine pairings, but few places can offer food because of their permit. I’m told that people don’t want wineries taking away restaurant business. Seriously.

Tell us a little about yourself – maybe something people wouldn’t necessarily know?
I’m afraid of mushrooms. I usually don’t eat them if I can see them. I don’t go near them in grocery stores. I can’t walk by them. I almost got hit by a car because of this. After the rain, I was power walking on my street, which has no sidewalks. There were mushrooms in the grass, and I didn’t see them until I was about to step on them. I screamed and ran into the street where a car was coming. My phobia dates back to my childhood, but I really am trying to get over it. I can’t touch them, but I am trying to eat some. I can eat Porcini mushrooms if I’m in Italy. I’ll never have a Portobello mushroom burger or eat a shitake mushroom though. A mushroom is a fungus. Why would I eat it? Now, I love truffles, and people have a hard time believing how I can distinguish between the two. Truffles don’t look scary and they smell wonderful.

Are you still freelancing? If so, for what kinds of publications?
I’m not freelancing anymore because I just don’t have the time – and frankly, I don’t want to be indebted to publicists. I’d rather just pay for my hotel room, meal or trip instead of getting it for free in exchange of publicity. I may not get the extras that come with being on assignment, but I am more relaxed and able to enjoy my surroundings. It’s nice not to work when traveling! I may not attend as many of the fancy events that I used to go to for free, but really, I’ve done so much in my life that I don’t need to go if I can’t afford to buy my own ticket. I get my writing fix by writing on my personal blog on kellyecarter.com. I occasionally have offers to co-author books, and I was close on accepting one this past weekend. However, I made a commitment to myself that I am not going to write anyone else’s book until I finish my memoir, Bellini for One, based on my two years living in Italy.

Questions or comments for Kelly? Leave a comment in the box below.