John General is a production assistant with CNNVR and
CNNMoney. He is based in New York City. 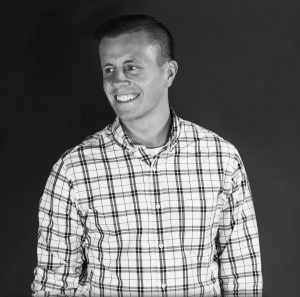 What’s your top priority at work for today?

My top priority at work today is to publish a new virtual reality video on the aftermath of California’s Carr Fire that I’ve been working on. Our field producers have been making a lot of ground in rethinking how we shoot 360-degree experiences lately so I’m excited to share this piece.

My dream assignment would be one that sends me out into the field to tell a story that I feel needs attention and at its core, features an exotic setting. Virtual reality’s strength lies in its ability to contextualize an environment in a way no other medium can. When you can transport your audience to that location via virtual reality, you have an incredible opportunity to tell an impactful and powerful story in a unique way that no other medium can. Put it this way: when a CNN team came back from a month in the Antarctic after covering the effects of commercial krill fishing and other environmental stresses on the continent’s ecosystem, I was a bit jealous!

Describe one of the wackiest proposals/ideas you’ve been sent.

Honestly, I think the wackiest proposal that involved me so far was sent by me. There’s a town in Brooklyn that goes all out for Christmas decorations. I wouldn’t be surprised if you could see some of these houses from space when they’re lit up and one of them starts up their 20-foot-tall, mechanical Santa. It’s wild to walk through the neighborhoods that time of year and the story seemed like a great opportunity for VR. Luckily, so did my manager! The project came out great in the end. It’s certainly fun to put on the virtual reality headset and let the decorations overwhelm you.

What is your PR/marketing pet peeve?

My pet peeve would be when virtual reality is sold as the be-all-end-all medium for visual storytelling. It’s certainly not. Sit down interviews about legal cases or what a high-profile CEO thinks on a given topic aren’t visually interesting enough in VR (just as examples but there are many). Flat, 2D video very much still has its place. But take the CNN VR team to Zion National Park to cover the effects of light pollution, put us on the streets of Mosul where residents are recovering from ISIS control, or dive underwater with us as scientists work to protect one of the Caribbean’s last thriving coral reefs and we’ll show you that some stories are just better understood when they’re experienced in VR.

What’s a top industry trend you’re currently following or are interested in?

Augmented reality is the biggest field that I’m currently following, as I firmly believe it’s going to change the way we interact and see the world. AR has a huge potential for newsgathering and the technology to produce it is already there, which is really exciting. When you give someone the ability to interact with the news by physically moving around it, examining it…that’s an experience that they’ll walk away from and retain in their memory. Take, for instance, the recent Thai cave rescue; so many people couldn’t wrap their heads around the difficulty of the rescue effort because they simply couldn’t visualize what the cave looked like. Its shape; its scale. An augmented 3D model of that cave virtually placed on a kitchen table gives a person the visual tools necessary to better understand the story. Now, that person can walk around this virtual, miniature diorama and see how the cave is shaped and where the boys were in relation to the divers. Suddenly, the news isn’t just something on the TV. It’s right there, physically, in your world.

A native to New Jersey, I’m a production assistant at CNNVR and CNNMoney in New York City. In 2017, I received my Bachelor’s in Visual and Media Arts from Emerson College in Boston. Outside of the city, I’m passionate about hiking, skiing, and reading a book (that’s also probably about hiking or skiing).

For more info about CNN Virtual Reality, visit https://www.cnn.com/vr where you can view John’s video featuring our client, Save The Redwoods.

Questions or comments for John? Respond below.