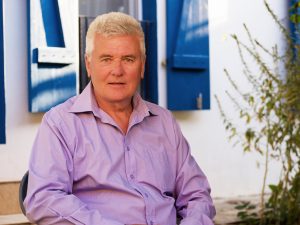 Joining us for our latest installment of “Meet the Media’ is journalist, author and creative writing coach Sean Hillen.

The pending arrival of international participants for the first-ever ‘Black Sea Creative Writing Retreat’ in the tranquil Romanian village of Doi Mai. An offshoot of the well-established ‘Ireland Writing Retreat’ in Donegal, northwest Ireland, this inaugural week-long event focuses on would-be writers of all kinds, including novelists and travel correspondents. Through a combination of tours and excursions, musical events, food and wine tastings and immersion in the local culture with practical, assignment-based workshops, some of the skills necessary for writing success are taught by well published authors and editors. 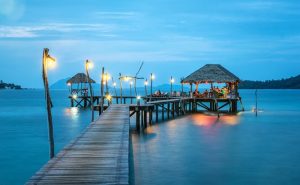 Preferring sunshine over rain, it would be a warm, exotic place filled with blue skies and a laid-back beach bar playing music blending Gershwin and the Rat Pack with Mozart and Vivaldi, with a mixologist serving strong cocktails with coconut as the primary ingredient.

The first-ever ‘World Congress of Dracula’ in Transylvania while working as a foreign correspondent for The Times, London. Vampirologists worldwide attended – some of whom frequently slept in coffins in their homes, others who shaved their teeth – but also serious academics, writers, administrators and other professionals from the worlds of medicine, finance and social services. My articles from the Congress led to my writing a book entitled ‘Digging for Dracula,’ designed as a book-in-a-coffin. The book lay on red velvet inside a black box with the book’s title designed in gold lettering.

Institutional-style, bland press releases that lack the essence of humanity. In other words, information introduced through an individual’s perspective. Begin the release wherever possible with someone doing something, enjoying an activity. A single brush stroke, not a broad one.

Finding relatively unexplored new travel destinations such as Vama Veche on the scenic Romanian Black Sea coast, a place akin to what Venice Beach was like in the 60s. Such ‘secret’ places may soon become overrun with tourists and lose their charm. 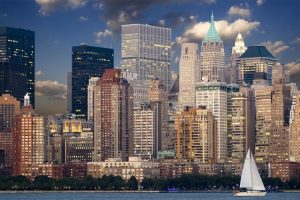 Born in Belfast, Ireland, worked on local and national newspapers before emigrating to work at the United Nations Media Center in New York. Moved to television and newspapers, held the same position as Ernest Hemingway on The Kansas City Star-Times. Returned to Europe to establish the first-ever journalism schools in Romania after the fall of Communism and to become a foreign correspondent. Then set up my own national publishing company in Romania.

Returning to Ireland, I wrote my first novel, ‘Pretty Ugly’, focusing on corruption in the lucrative cosmetics industry, with, I dare say, an intriguing plot with colorful characters linking Ireland with America.