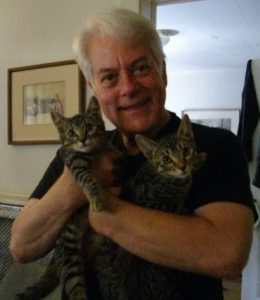 Martin is a columnist for the Bay Area News Group who enjoys writing about “ordinary” people doing extraordinary things. Check out his column, “Snapp Shots.”

A profile of the first Sikh mayor of Hoboken, New Jersey, who also happens to be a hip-hop aficionado.

Two out of three automobile accidents in Finland involve a moose. 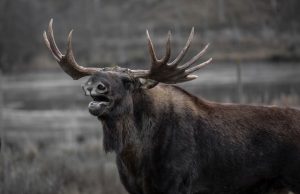 People who have never read my stuff, so they waste their time pitching a story I wouldn’t possibly be interested in. Even worse, they might be missing out on feeding me a story that I actually would be interested in.

I don’t cover an industry. I write about people, and my first question is usually “Tell me how you do what you do.”

I’ve been a newspaper columnist in the San Francisco Bay Area for more than 30 years. I was hired to write a gossip column, but I quickly discovered that I hate gossip. Too negative, and it’s mostly about celebrities, who tend to be of interest only because they’re celebrities, not because they’re actually interesting. It’s mostly “ordinary” people who do the really extraordinary things. So I switched to writing about them instead, and it was the smartest move I’ve ever made.

I’ve written about a man who spent 30 years waving to the morning traffic every day, another man who created a papier-mache reproduction of the entire town of Bethlehem (complete with angels on high) every Christmas as a present to his neighbors (and he wasn’t even a Christian), the barber who cut the hair of every president from Nixon to Bush 41 (I asked him who was the best tipper, and he said, “To tell the truth, none of them ever gave me a tip”) and my favorite subject of all, the veterans of the 442nd Regimental Combat team, a segregated Japanese-American World War II unit that was awarded more medals, man for man, than any other unit in American history – while at the same time their own families were being held behind barbed wire in American concentration camps, simply because of their race.

For the last nine years I’ve also been writing a column and features for California magazine, the alumni magazine for UC Berkeley. They’ve ranged from the 50th anniversary of the Free Speech Movement (one woman told me her parents were so mad at her for getting arrested, they took away her Mustang and gave it to her little sister), to current Cal students who design, build, and race canoes made out of concrete; to my favorite story of all time, a profile of the late Joe Roth, the Cal quarterback who was destined to be the greatest of them all in the NFL until he died of Melanoma a few weeks before graduation. There’s really no limit to what I can write about, as long as I can find a Cal connection; and believe me, I usually can.

What’s your favorite story of an “ordinary” person doing something extraordinary? Leave a comment below or tweet Martin @catman67 and @LandisComm.