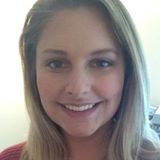 July 17 was my first day at Landis Communications Inc. After a full year of staying in contact with David Cumpston, a director at LCI, and checking in with him about positions, the firm called me about a position that had just opened. I came into the office for an interview on Tuesday, July 11 and accepted their offer two days later. I’m excited to be a part of the team!

I graduated from Seattle University in June 2016 with a B.A. in Strategic Communications. Originally, I was a nursing major, which earned plenty of praise from my peers and parents. When I discovered that nursing just wasn’t for me I entertained the thought of switching into the communications field. When I verbalized the idea to my friends, I got the backlash question of “Well, what are you going to do with a communications major?”

“What will I do with a communications major?” I often thought to myself. I went back to the basics – what do I do when no one’s watching? I bit the bullet and began taking journalism and computer classes.

I began my strategic communications classes and made mock campaigns for companies in the Seattle area that included social media plans, crisis communication plans, product placements and events. I joined the Public Relations Student Society of America (PRSSA) and applied for a mentor to guide me through the public relations jungle.

What I’ve realized in my short time in PR is that branding is arguably the most important part of a business. If a business has strong brand recognition, it can sell its consumer base just about anything.

I’m on my way at LCI and I want to learn as much as possible in the field.