I can’t help but feel that anniversaries find me. As I pondered this blog for LCI’s 30th, it occurred to me that anniversaries have become a recurring theme in my career: from landing smack in the middle of the New York Philharmonic’s 150th to managing the San Francisco Symphony’s 100th , laying the groundwork for Berkeley Rep’s 50th anniversary and helping Berkeley-based chorus Pacific Edge Voices celebrate its 25th (and 35th and 40th …).

So it felt completely natural when, in my very first week at LCI in September 2017, I attended a meeting with Save the Redwoods League. They were getting ready to launch their centennial year in January 2018.  Could we help them? You bet! I got this. 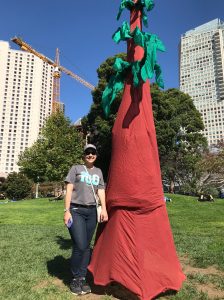 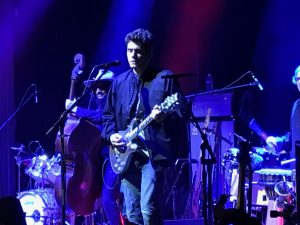 And thus began one of the most deeply satisfying campaigns of my LCI tenure – helping this incredible conservation organization of smart, lovely people with BIG ideas celebrate and amplify their 100 years of accomplishments protecting, restoring and connecting people to the biggest trees in the world: the iconic redwood forests of California. 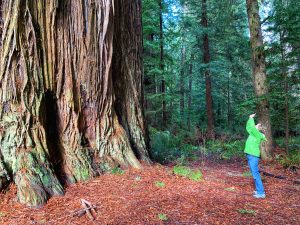 Needless to say, it was a BIG year! We helped them promote such landmark conservation as the Harold Richardson Redwoods Reserve in Sonoma and a first-ever State of Redwoods Conservation scientific report. We launched huge, long-term restoration projects like Redwoods Rising, generated excitement for museum exhibits, statewide music festivals, their first-ever Gala, free days in California State Parks, kids’ reading contests and more. It’s hard to imagine how we survived it all, but it was an unforgettable year that yielded amazing media coverage. (See case study here.) 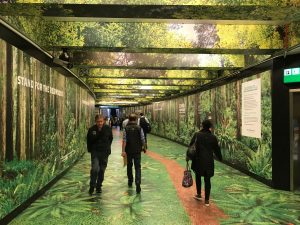 And, as League CEO Sam Hodder says, “100 years is just the beginning!” We’ve continued our partnership with Save the Redwoods League since 2018, and their work continues to delight and inspire me. 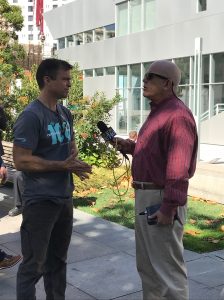 PS: There’s one other campaign I feel compelled to mention as a favorite, although it is unrelated to anniversaries. That would be the most excellent viral video adventure of “Coyote and Badger” that was for another conservation client: Peninsula Open Space Trust, or POST. (I blogged about it in a prior post, so I won’t repeat the details here.) While the League’s Centennial was a full year of activity, Coyote and Badger represented only a few days of my life. However, the sheer magnitude of international media frenzy that engulfed us felt like a lifetime! There’s a campaign case study here.

Cover image: Fun photo booth moment with the League’s then-director of science Emily Burns at the Redwoods Festival in SF.

1 –   My LCI ‘partner in crime’ on the League project was Ashley Boarman, seen here with a dancing redwood tree at the Redwoods Festival in downtown San Francisco in October 2018.

2 – At the Centennial Celebration Gala – the League’s first in 100 years! – we got up close and personal with musician John Mayer and members of Dead & Company, at a private after-party concert at August Hall in SF. (swoon!)

3 – It was both thrilling and humbling to experience the old-growth redwoods along the North Coast for a media training with California State Parks and National Parks staff of the Redwoods Rising program.

4 – For the League’s official Centennial Month in October 2018, they wrapped a BART station tunnel to create an underground redwoods grove – the first and only on this planet.

5 – Sam Hodder, the League’s CEO, was in high demand for Bay Area media throughout the centennial. Here he talks to KCBS’s Jeffrey Schaub live from the SF Festival.