(LCI is celebrating its 30th anniversary (#LCI30) with a look back at some of the firm’s most memorable campaigns as chosen by the staff. This week’s spotlight is on Becoming Independent.)

I know how easy it is to be somewhat routine – if not a little bit cynical – about telling the perfect story. To my surprise, something very different happened.

Since joining LCI as Senior PR Counselor in 2018, I’ve worked on some wonderful projects with a variety of clients, but nothing touched me as much as working with Becoming Independent (BI), a Santa Rosa-based non-profit community benefit organization that helps adults with developmental disabilities. BI hired LCI to illuminate BI’s person-centered philosophy for people with disabilities and further promote its successes. In the process, LCI made a dream come true for two sports-minded BI participants – and garnered key media placements to support BI’s mission.

Two of their clients (“participants”) are Mauricio and Austin – two huge sports fans.  Their fanaticism struck a chord because I worked for the San Francisco Giants for 10 years in public relations.

Mauricio is thriving in BI’s “Passport to Independence” program, which helped him discover his passion for becoming a sports broadcaster.  As a result, he now broadcasts almost daily from his own YouTube channel. Austin, Mauricio’s friend and also a BI client, set goals to improve his speech and his media skills.

When he found out  Mauricio published his own sports talk show –filmed and uploaded at Becoming Independent – Austin showed a huge interest. It became clear that Austin had a strong penchant for remembering scores, schedules, trades and everything else discussed on sports talk shows.

Last year, Austin joined Mauricio on his channel and right away the pair’s special chemistry was evident. Now, the duo regularly recaps sports news and games together, updating viewers on the latest winners and losers.

“Doing this with Mauricio changed my life, and I want to say thank you for that,” Austin said. 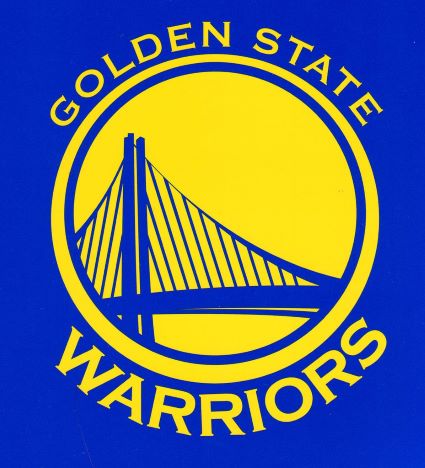 Over the years, I’ve never lost my sports connections – from sportswriters to broadcasters to comrades working for sports team PR departments. Since Mauricio and Austin’s story resonated with me, I wanted to do something special for them. How about getting them sports credentials to cover a game, sitting shoulder-to-shoulder with other sports media for the pre-game interviews, media dinner – and even have a desk in the press box? They could be real-life sports reporters for a day!

I reached out to the Golden State Warriors’ PR department to see if they could host Mauricio and Austin at a home game. I wanted to get them a press pass so they could simply cover the game – not necessarily meet any players or coaches. I offered to assist with escorting them around. Would that be possible? It wound up being so much more.

The Warriors wrote me back within five minutes to say they would love to credential and host them on Jan. 24 for the Warriors-Pacers game at Chase Center in San Francisco.

Not only did they give credentials to Mauricio and Austin, but they also provided a behind-the-scenes tour of Chase Center. The two dined with fellow sports reporters in the media dining room, sat courtside for the pre-game shoot around and attended the pre-game media briefing with Coach Steve Kerr. They even asked Kerr a question on the record and it was printed in the media game notes.

To generate awareness about this special moment, LCI chose a hyper-local media strategy. Exclusives were offered to one print and one broadcast outlet so as to not overwhelm Mauricio and Austin. BI and LCI targeted two key media outlets to cover the story: the Santa Rosa Press-Democrat (Sonoma County’s largest newspaper, most important to BI’s donor base) and KPIX-TV, the CBS affiliate in San Francisco. The result? Front-page coverage in the paper (here) and a four-minute segment on Channel 5.