It’s no secret that companies are looking to get maximum value from their PR firms. In that quest for value, some companies give heavy weight in the evaluation process to hourly rates.

This can be a mistake, because hourly rates do not equate to actual value.

The difference between the two efforts – other than thousands of dollars in potential cost – was the appropriate industry experience, knowledge, contacts and context.

Many clients have learned the hard way that the agency with the lower hourly rate can often be the more costly agency – because it takes them longer to get the job done … if they can get the job done at all. 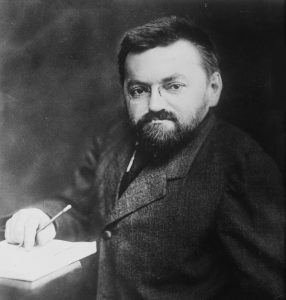 The principal of that smaller PR firm I mentioned earlier told me a story about the great scientist, Charles Steinmetz, and his encounter at Ford’s Rouge Plant in Dearborn almost 100 years ago.

An electrical genius with more than 200 patents to his name, Steinmetz worked for General Electric for a number of years, where he earned the nickname “the wizard of Schenectady” (GE’s hometown).

Ford was having problems with a giant generator at the plant, and the company’s own electrical engineers couldn’t resolve it no matter what they tried. In desperation, Ford called Steinmetz to the factory to see if the electrical wizard could solve the problem.

Steinmetz asked only for a pencil, paper and a cot, and refused any help from the Ford engineers. After listening to the generator carefully and performing calculations on his notepad for two solid days and nights, Steinmetz arrived at the solution.

He requested a ladder, climbed up it and made a chalk mark on the side of the generator. He told the incredulous Ford engineers to remove the plate that had been marked and to replace 16 windings on the field coil.

The engineers did as instructed and the generator performed perfectly, much to Henry Ford’s delight … until he received an invoice from GE for $10,000. While he conceded Steinmetz’s success, he balked at the cost and asked for an itemized bill.

Steinmetz responded personally to the request as follows:

Ford paid the bill. He realized that he wasn’t paying $10,000 for two days of a man’s time … but for the decades of experience and the unique knowledge that enabled Steinmetz to identify and resolve the problem in short order.

Ford paid for the experience that got the desired results … and actually saved money in the process.

Whether this story is true or not, it underscores an important point: When you’re looking at PR agencies, don’t just focus on the lowest hourly rate. Look at the PR firms’:

And, most importantly, look at the actual people at the PR firm who will be applying their insight, knowledge and experience on your behalf.

Your best value will be a Steinmetz … the firm with the experienced and knowledgeable people to get the job done correctly, quickly and efficiently.

Have you ever been part of a ‘Steinmetz’ moment in your career? Leave a comment below or tweet us @LandisComm.

5 thoughts on “In PR, does experience beat the hourly rate?”