By Chris Guizlo of The Fearey Group, our Public Relations Global Network (PRGN) partner in Seattle

I sat down with Audrey Tanberg, Senior Social Media Strategist at The Fearey Group, to discuss the upcoming Facebook algorithm changes along with 5 steps businesses can take to prepare for them. You can listen to the podcast here or read the full transcript below.

Chris Guizlo: Hi everyone, this is Chris Guizlo from the Fearey Group in Seattle and I am joined today by Audrey Tanberg, our social media strategist and the topic of the day today is the Facebook algorithm changes. Yesterday Facebook announced, and it has been widely reported, that the social media site will be prioritizing news and updates from your family and friends over brands. So that’s going to be a huge impact if you’re managing a social media brand for a company or an organization. But Audrey reminded me before we sat down that this is not the first time that this has happened, right Audrey? 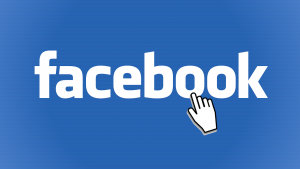 Audrey Tanberg: Yeah, that’s right, there have been updates that have been happening since Facebook ever started. I can remember in 2009 or maybe 2011 when people were really freaking out about the change that reduced your reach and you weren’t going to be reaching as many people. Maybe as far back as 2012, you were reaching as many as 16% of your fans and now it’s closer to maybe 2% perhaps of the people who already like your page on Facebook. But this change is big, this is a bigger deal than the ones we’ve seen before. We don’t have all the details on it yet, there’s a lot of speculation going around out there; I’ve seen a lot of people in the social media world talking about what this might mean, but we don’t have all the details yet. So it’s going to take a couple of weeks, possibly months, as it rolls out, to see what this really looks like for everybody.

Audrey Tanberg: The big things to think about from what we do know so far is that they say they are going to be prioritizing content from between people, so meaningful interactions between people, and just showing less stuff from business pages and media type pages. So, the top five things I think business pages need to be thinking about right now are:

Chris Guizlo: Great Audrey that’s awesome advice, but outside of these five core things, organizations should still be thinking about how they can pay to play. We know that Facebook is moving in that direction, has already gone that way, and this is just another way and move towards that, so we always recommend people boost their most popular content on a weekly basis even if it’s a small amount. Can you tell us a little bit about how you help businesses do that and what your recommendation to them would be? 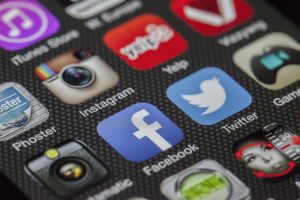 Audrey Tanberg: Yeah, Facebook has been, and social media in general, has been a pay-to-play space for some time for businesses and like I mentioned earlier we’ve been reaching fewer and fewer numbers of our audience, percentage of our audience, as the years go by because there are so many people on Facebook now, I mean, were talking there are billions of people on there, every business has a Facebook page, there’s only so much space, you only have so much time when you’re on your newsfeed.

So, if you look at your own personal newsfeed right now, you probably are only seeing stuff from your friends and family and the only business posts you’re seeing are sponsored posts, and that means people paid for those. So that’s already been the situation for some time now, and we have been encouraging people to definitely set aside a budget for promoted posts and moving forward it sounds like it’s going to be even more important to do that. There was no mention in this update about how this would affect ads, but I can imagine that you’re probably going to need ads moving forward.

The basic thing that we recommend doing for engagement is to look at your content from the past week, see what performed really well and then promote that. You could choose to promote it for a week, for two weeks, you might choose to look at your top posts from the last month and promote it for the next month if its evergreen; it’s proving that it already resonated well with your audience so that’s the post to pick. Don’t pick the post that hasn’t done so well and try to elevate it because your audience has already said that they didn’t like it as much, so pick the post that has performed the best and put a little bit of money behind it—and when we say a little bit of money, I mean, it can be $5 a day, you know, it doesn’t have to be a ton—and then, of course, any other campaigns you’re doing to perhaps drive people to your website or to do lead generation, that’s important as well.

Chris Guizlo: Great, well we’re going to keep an eye on this as it moves forward and this change actually rolls in so please stay tuned and thanks for the listen.

How do you think the algorithm change will impact you? Leave a comment below or tweet us @LandisComm.

This blog was originally posted on The Fearey Group website.

5 thoughts on “5 Steps to Prepare for Facebook Algorithm Changes”