While it’s not every day that one’s professional accomplishments are recognized by industry peers, when it does happen, it’s time to pop the champagne.

One such professional is Joe Garofoli, just recognized by The Washington Post as one of 2020’s top political reporters. Other than two stalwarts from KQED (NPR San Francisco), Joe is the only other reporter from a Bay Area news outlet to make the cut – and one of just 11 in the state.

We caught up with Joe in the summer of 2018 as part of our “Meet the Media” blog series, so we’re sharing that piece again in his honor.

Congrats from all of us here at LCI, Joe, please keep up the good work and PLEASE get some rest now that the bulk of this year’s election news is behind us! 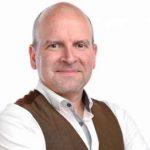 Joe Garofoli is a senior political writer for the San Francisco Chronicle and host of “It’s All Political” podcast.

What are you working on today?

Since I write about national and state politics, the top story for today – and nearly every day for the past 18 months – has been: What did the Trump Administration do, and how will that affect California? That dynamic is pervasive and relentless. What happens in Washington is even bleeding into the governor’s race, the U.S. Senate contest and the 10 key California Congressional races that will likely determine what party controls the House.

There are a million people I’d love to interview and places I would dream to report from/on, but I’m going to interpret this one in a more fantastical way: It would be wonderful to spend a month writing about food in New Orleans. It would be a way to write about race, class, politics and music — and eat amazing food — all of which are some of my favorite topics to explore. Here’s a bonus assignment: I’d love to spend two months in Havana, investigating with how Cuba’s ever-evolving relationship with the U.S. is changing. I recently visited the city and was fascinated by what I saw – and curious about what I didn’t see.

Describe the wackiest story you’ve written (or been pitched).

Oh, god. The list of wacky PR pitches is endless. For a while I wrote about the cannabis industry (and still write occasionally about its politics), so a week doesn’t go by where I don’t get pitched about the latest weed “trend.” Last week, it was cannabis popsicles. And I swear that 50 percent of the pitches come wrapped in a really hacky pot pun in the first three lines. Friends, hacky weed puns stopped being funny in 1986. I know. I’ve written plenty of them. As far as wacky stories, one that always sticks out is the time I hitched a ride on a single engine plane that was flying around San Francisco Bay offering couples the chance to join the “mile high club.” Riding in the cockpit, the pilot and I could feel the plane shift in mid-flight as the couple, uh, joined the club.

Spamming the whole staff with the same pitch. It really frustrates me when I get pitches for health care products or makeup. It shows someone isn’t doing the most basic of homework on who covers what. Why would I trust someone like that? 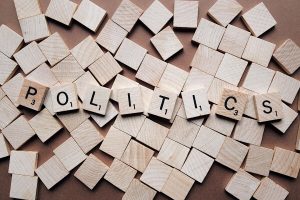 How has political reporting changed in the past year?

It’s changed in lots of ways. Now, the pace is relentless. There are 20 stories I could write every day. The challenge is trying to find the one that helps readers sift through the onslaught of information they’re bombarded with every day. The other thing is the rise of people – mostly conservative readers – complaining about “fake news” when the facts don’t fit their personal or political worldview. Facts are facts. I don’t see that changing. At the same time, this is probably the most fun I’ve had professionally. Nothing is predictable.

You’ve recently launched the podcast series “It’s all Political.” Tell us about how that works. Does promoting your podcast give you a new perspective on PR?

Some of the most fun I’ve been having lately has been doing the podcast. And I’m learning so much. It’s a different way to tell stories – and it is a really intimate medium. While we record many of them in “The Cube” – a glass-enclosed office in the middle of The Chronicle newsroom, I’ve found the best ones are those we record in the windowless, slightly chilly basement archives. People – most notably Senator Dianne Feinstein and Danica Roem, the nation’s first transgender woman to win a state legislature seat — opened up in different ways down there, surrounded by a century of archival photos and stories. And yes, it has given me a new view on PR. Since it is a new enterprise, we have to shamelessly pitch the podcast: available on iTunes and on our social media channels …. like @joegarofoli and of course on our home site, sfchronicle.com. Rate! Subscribe! It’s free! (See what I did there?)

I am immensely proud to be born and raised in Pittsburgh, Penn. (Go Steelers!) and have been living the dream in California since 1992. After working in Washington, D.C., Ft. Lauderdale, FL and for four years in Milwaukee, I feel incredibly blessed to live in Oakland. I’m happily married and have two college-aged daughters. I enjoy playing soccer in an over-30 outdoor league, listening to live music, hiking and doing anything that enables me to enjoy the Bay Area’s natural beauty.