Sean: Lidar Larry, it was nice meeting you at the World Safety Summit. Tell me all about the Summit.

Lidar Larry: The World Safety Summit is all about mobility safety. It is a gathering of experts, influencers and everyone who is interested in making autonomous vehicles commonplace.

Sean: This was your debut? How was it? 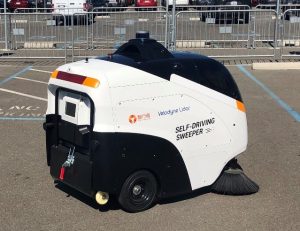 Lidar Larry: Wonderful! My short documentary premiered. It’s all about me. You can see it here. My agent at Einstein Entertainment Enterprises E3 (fake name), should promote it for an Academy Award. Lidar Larry with an Oscar!

Sean: So, why are you called the Crash Test Genius?

Lidar Larry: My family owns a crash test business. It is a huge success and it has passed down through a lot of generations of dummies over the last 70 years. As for me, I’m the genius in the family. I’m a true believer in technology and the future. I only crash test autonomous vehicles. I’ve never had an incident and here I am today without a scratch.

Sean: Tell me more about the Summit. Who was there?

Lidar Larry: Oh, everybody who is an anybody in the autonomous vehicle world. There were speakers and panelists from Aurora Innovation, Partners for Automated Vehicle Education (PAVE), Mothers Against Drunk Driving, Cruise, Intel, SAE International, Ford Motor, Zoox, Mothers Against Drunk Driving, AARP, the National Transportation Safety Board, NVIDIA, Princeton Autonomous Vehicle Engineering, CA DMV, Consumer Reports, the Center for Automotive Research. I could go on and on but I’m going to have to figure out how to thank everybody quickly when I give my Oscar acceptance speech.

Sean: What were your favorite moments at the Safety Summit?

Lidar Larry: I have to tell you that I made some new friends. The first is one who really knows how to clean things up. Idriverplus is an autonomous street sweeper – so full of energy and never complains. Another friend knows how to help make our fruits and nuts better. That’s GUSS, an autonomous orchard sprayer that does the job more safely than traditional sprayers.

Sean: Did you have to work? 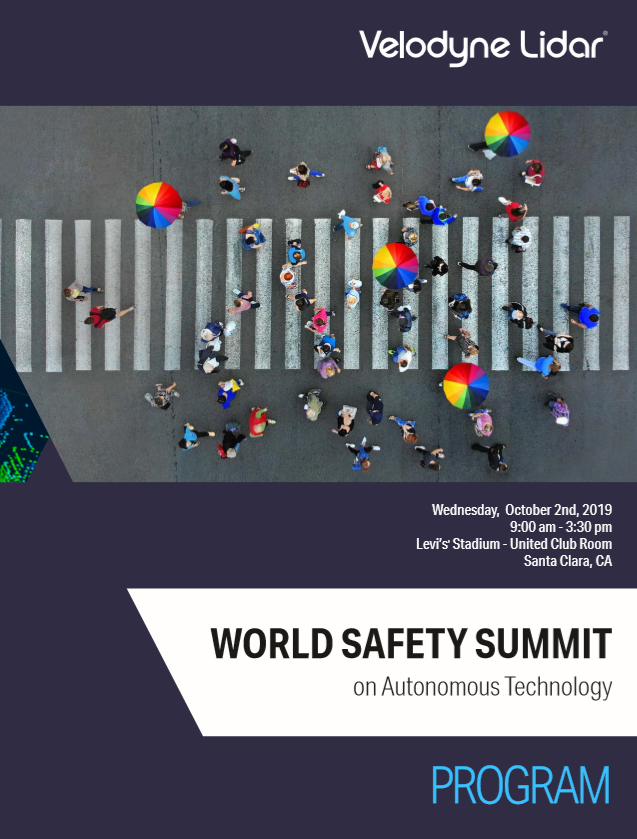 Lidar Larry: Work? No, I had a great time riding in the demonstration vehicles. Summit attendees, including many area college students, got to ride in vehicles by AutonomouStuff, Dataspeed, Schaeffler-Paravan SpaceDrive and Velodyne.

Sean: Where will we see you next?

Sean: Is there anything else you’d like to say?

Lidar Larry: I’d like to thank Velodyne Lidar and Carlstrom Productions for making my documentary and bringing me to life. And, I’d like to thank in advance, the members of the Academy for voting for me. Go autonomous vehicles!