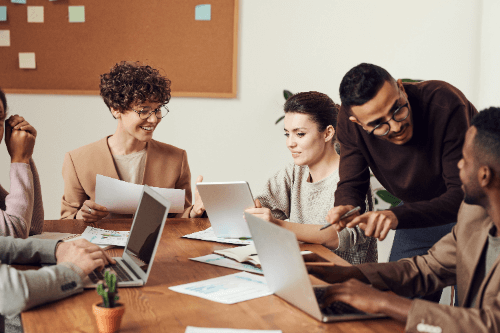 It’s an interesting time to be a communicator. The economic outlook is uncertain, traditional media are struggling to remain relevant, social media continues to be inundated with misinformation – is it any surprise that public sentiment is fickle at best?

At the same time businesses and business leaders are expected to speak out and take stands on issues and topics that are outside their industries. According to Edelman’s annual Trust Barometer, business is currently considered the most trusted institution (when compared with NGOs, government and the media).

Economic struggles for businesses are real, but many business leaders still tend to put comms staff on their first round of cuts – they’re not direct revenue generators, so they’re not essential, right? Wrong! When the going gets tough, you need to communicate more, not less. And you need communications professionals to make sure it’s done right. (If you don’t believe us, just look at Twitter’s public flailing with a CEO who thinks he can handle communications himself. ‘Nuff said about that.)

It’s better to be active than reactive.

Public trust is perhaps your business’s most valuable commodity. It takes time to build, and it takes effort to maintain. Yet it can erode in a moment, such as it has for the airline Southwest – previously known for great customer service – cancelled 15,000 flights over Christmas. And nothing erodes trust faster than poor communications.

When you know bad news is coming – and sometimes it’s inevitable – it is far better to be active in shaping the narrative than to say nothing and hope it blows over or to have outside parties talk about you and set the narrative for you. There are certainly times when legal considerations make proactive communications difficult, but your comms leadership should still be at the decision-making table to inform your strategy – and certainly before issuing any public statement.

With the prevalence of social media and anyone’s capacity to share a screen shot, there’s no guarantee that internal communications will remain internal. However, it is still critical to maintain as much transparency with internal stakeholders as you can and certainly for them to hear from you first. It is never a good practice for employees to learn about major developments, good or bad, via the media or other sources before they’ve heard it from their own business leaders. (Again, see Twitter for how not to do it.)

If Newton minored in PR, he’d probably tell you that companies with an active communications practice experience less friction communicating than those that don’t. It takes time to build a following, and credibility, for your company’s voice. The first time the media and the public hear from you should not be when you have bad news to share. Invest in a proactive communications program and allow for time to build your following and your credibility – so when bad things do happen, you have a foundation to build on.