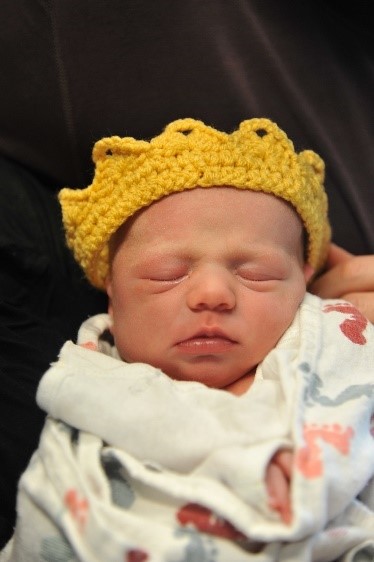 LCI enlisted June’s help to crochet a set of “royal crowns” for newborns at CPMC who would share the same birthday as the royal baby. LCI worked with June to ensure the crowns would be “ready for showtime” as soon as the family announced the baby’s birth.

On May 6, royal watchers around the world learned that Duchess Meghan had delivered a baby boy, soon to be named Archie. LCI moved swiftly by 1) alerting hospital staff that “project baby crown” was underway, and 2) working closely with CPMC personnel to secure parental consent. LCI pitched its “breaking press announcement” to invite local media to witness the “crowning” of the Bay Area’s own newborn arrivals. The team also produced hi-res images and video content within hours.

National coverage included: Access Hollywood, Associated Press, Inside Edition, MSN.com and USA Today. In addition, three San Francisco-based affiliates – KPIX (CBS), KNTV (NBC) and KTVU (FOX) – ran stories of their own. More than 100 news networks across the country picked up the Inside Edition or the KPIX (CBS) segments. The total number of print/online/broadcast impressions exceeded 30 million.