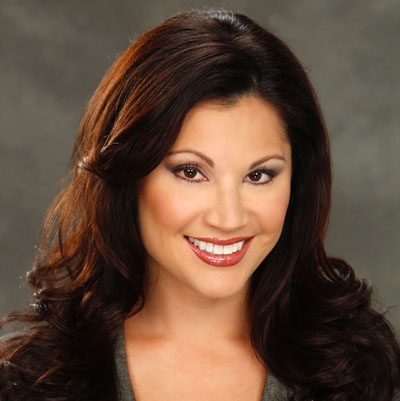 Video specialist and Senior Counselor Victoria Recano works with LCI from her base in Los Angeles, where she has produced award-winning video content for such LCI clients as the Global Alzheimer’s Platform, the Brain Health Registry and more. At LCI, she has partnered with numerous celebrities including Paula Abdul, Linda Gray and Samantha Harris in support of such worthy causes as Alzheimer’s disease. You can see her work here.

From TV host and executive producer to actor and director, Emmy award winning television personality, Victoria Recaño has captivated audiences on both the big and small screen. She returned to Inside Edition as a West Coast Correspondent in 2012, after having first joined the roster in 2002. Prior to that, Victoria was the co-anchor of KTLA’s 6 and 10pm newscasts.

Sitting down with some of the most influential people in the world, Recaño has covered stories ranging from business and politics to entertainment and lifestyle from Bill Gates and President Barack Obama to Tom Cruise and Wolfgang Puck.

Always on the move, Victoria has flown alongside Air Force One with the White House Press corps and has dared to get behind the wheel with racecar driver Dale Earnhardt Jr.

From the red carpet at the Oscar’s to the democratic debates, she is always on the inside track when it comes to current events and celebrity news. She spent five seasons as a host and correspondent for CBS’s The Insider and Entertainment Tonight, the top syndicated entertainment news magazines in the world. As a special guest contributor to Gourmet Live and a guest critic for GAYOT.com, she enjoys the hottest dish from celebrities and star chefs.

Recaño was also a special correspondent and media expert for TV Guide’s Hollywood 411. She has been a guest host on ABC’s The View as well as the creator and host of “The Trend”, a fashion and lifestyle web series on Zappos.com.

At the height of the tech boom, she was named the anchor of ZDTV News, later renamed TechTV, in San Francisco. During her time there, she also reported for the NBC affliate, KNTV.

Recaño began her broadcast journalism career as a general assignment reporter at KPLR-TV in St. Louis. Throughout her career, Victoria has continued serving her community through various programs including, Food Outreach and the ZATA Project, organizations providing care to HIV/AIDS infected patients, as well as volunteering for Catholic Charities of Los Angeles.