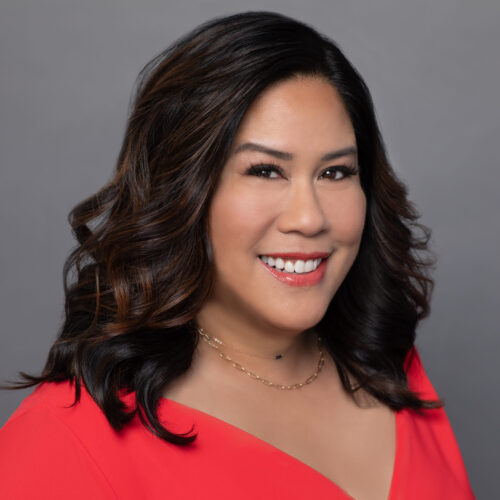 Liza Batallones has worked in Bay Area media and communications for nearly three decades. Most of that time was spent as a reporter for KPIX TV and KCBS Radio in San Francisco. During her time at KPIX, Liza was honored with an Emmy for Outstanding Achievement for her contributions to the “Early Edition” newscast.

While working at KPIX, Liza was also on staff for Landis Communications from 1999 to 2001 supporting client accounts Tiffany & Co., ZDTV and Bay to Breakers.

After a successful career in broadcast news, Liza transitioned to public relations full-time as a Public Relations and Communications Manager for the nonprofit Samaritan House. During her tenure as PR manager, Liza’s strategic efforts nearly tripled the organization’s media placements, leveraging the nonprofit as a thought leader in the food insecurity and homelessness space. Liza’s many years in broadcast news allowed her to craft compelling stories that appeal to a broad variety of media outlets and audiences. Her most rewarding work at San Mateo nonprofit involved sharing stories of the community’s most vulnerable. Liza’s early interviews with low-income clinic patients living with diabetes, uninsured patients diagnosed with cancer and unhoused seniors during COVID-19 resulted in placements with the Los Angeles Times, New York Times and MSNBC. These stories also garnered regular coverage on KTVU FOX 2, ABC7, NBC Bay Area, KPIX TV, KRON TV, KCBS Radio and the San Mateo Daily Journal.

Most recently, Liza provided strategic counsel as a consultant in nonprofit PR.  A multimedia storyteller, Liza has served as Executive Producer and Interviewer for several fundraising videos which have resulted in record-breaking donations for her clients. A devoted community volunteer, Liza is a member of the National Charity League and has served on the Advisory Board for Project Giving Kids, a tech nonprofit connecting children with charitable projects. Ms. Batallones is a graduate of San Francisco State University and holds a B.A. in Speech/Mass Communications. She is also pursuing a Diversity and Inclusion Professionals Certificate from Cornell University.

Liza is thrilled to be returning to LCI as a director and will oversee various healthcare and biotech accounts.