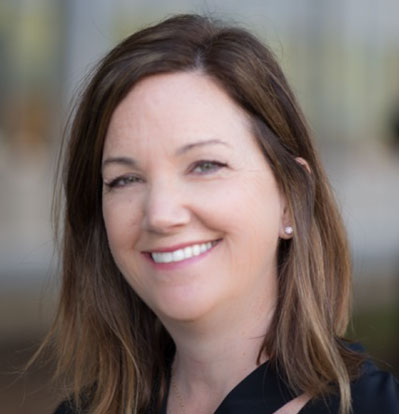 Jennifer Skorlich is a frequent LCI collaborator, joining forces with our team on entertainment, film and television clients based in Hollywood and beyond. She has worked with LCI for companies like NBC Universal and the Bay Area tourist “haunted house,” the Winchester Mystery House.

Jennifer is a former senior-level executive and publicist who has worked in the field of entertainment for more than 25 years. Born and raised in the Bay Area, she has had a long career in publicity and communications, beginning her career with David Landis in local television PR in San Francisco at the award-winning KPIX TV, before leaving San Francisco for sunny LA.

Jennifer spent many years living and working in LA, starting at KCAL Channel 9, owned by Disney back in the day. It was here where she helped launch the station’s first national prime time newscast; she also handled press for the Los Angeles Lakers broadcasts on that station.

After her stint at KCAL, NBC in Burbank recruited her. She rose up through the ranks from Press Manager, to eventually becoming a Senior Vice President overseeing the large roster of cable channels owned by NBC Universal (NBCU) at the time.

During her more than 15 years at NBCU, Jennifer worked on many iconic programs and with high-level talent and executives during the “Must See TV” era and beyond. Among her most memorable projects were overseeing communications for: “The Tonight Show With Jay Leno,” “Saturday Night Live,” popular made for television movies, mini-series, specials (one featuring Jerry Seinfeld), reality/alternative prime-time programming, daytime programming and soap operas, comedies, “Queer Eye,” “Real Housewives,” special network anniversary programs, televised benefit events and much more.

She was tapped as the PR executive in communications to handle the expansion of NBC into the cable channel arena, first with the transition of Bravo, followed by USA Network, SyFy and other smaller channels. Skorlich helped the cable division grow at a phenomenal rate, eventually outpacing the traditional network revenues.

Among Jennifer’s additional jobs at NBCU were corporate communications, working directly with key executives in revenue-generating areas that promoted the “big picture” for NBCU. This involved overseeing events such as press tours, press conferences, publicity stunts and marketing/ advertising presentations as well as preparing executives with messaging and training.

Skorlich was part of the team that launched “Queer Eye for the Straight Guy,” garnering prestigious public relations awards for groundbreaking work. She also was a key member of a team which received a coveted GE award, as well as a national Emmy award for “The Tonight Show.”

She most recently worked as a PR consultant for the Winchester House on the current film “Winchester” starring Helen Mirren as the famed widow from the haunted house. Skorlich also worked on PR with the key producer on the film, from its early stages of pre-production and beyond, helping to kick off the Winchester film campaign beginning in 2014 with trade announcements in the Hollywood press.

Skorlich maintains a relationship with NBCU staffers and frequently provides strategic and competitive analytical reports for the teams there, leading up to key press tours and advertising events in New York.

She is also a frequent communications expert and fundraising volunteer at her daughter’s school, Our Lady of Angels in Burlingame. Her husband Mark is the owner and CEO of two online retail websites, www.cheapesTees.com and www.californiablooms.com, based in Burlingame.