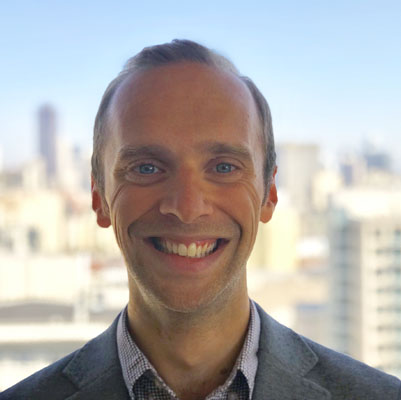 Craig MacLellan brings more than six years of PR experience to his role as Senior Account Executive with Landis Communications Inc (LCI). Craig plays a key role managing LCI’s traditional + social media content and strategy, as well as supporting the firm’s digital and video work. Craig is also the office’s resident Scotsman, having moved to the Bay Area in early 2018.

Prior to moving to the US, Craig spent six years with Pagoda PR in Edinburgh, working for clients across a range of sectors, including travel + tourism, food + drink, health + social care, as well as the Scottish public sector. An avid social media user, Craig started and ran his own whisky blog, The Finest Cut, before deciding it was more fun to test the products rather than it was to write about them.

Craig graduated from the University of Glasgow with a bachelor’s degree in politics. He also earned his diploma in public relations at Queen Margaret University in Edinburgh. Outside work, he recently completed his first triathlon and plans to complete his first half Ironman in 2019. When he isn’t swimming, cycling or running, Craig can be found cultivating his vast Scotch Whisky collection, entertaining visitors from Scotland and sampling the best food and drink in the Bay Area with his husband, Brett.